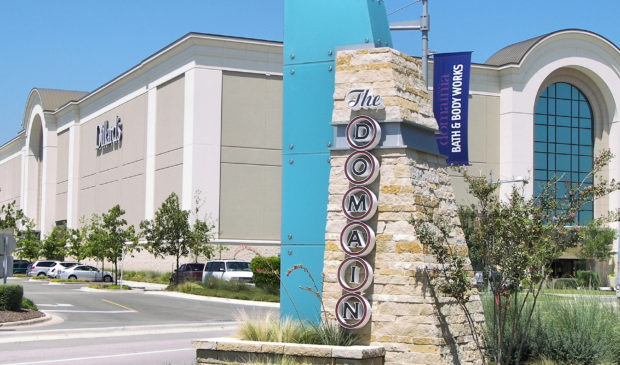 Zoning change to allow taller towers in the Domain

The proposed zoning change would allow buildings in and around the Domain to rise as high as many downtown towers, solidifying the area’s status as Austin’s unofficial second downtown.

The zoning change, initiated in September by the Planning Commission, would increase the allowable height in the North Burnet Gateway Regulating Plan’s Transit-Oriented Development zoning to nearly 500 feet, or around 40 to 50 stories. The floor area ratio, a measure of density, would also increase.

Exactly how tall buildings should be is still up for debate. City staffers, for their part, recommend the following:

But the Planning Commission may recommend allowing taller buildings in the TOD-Midway Zone when it meets on Tuesday. At least that’s if it follows the recommendation of the Codes and Ordinances Joint Committee, which voted unanimously last month to recommend 491-foot height limits and 12:1 FAR in both types of TOD zones.

This document shows where exactly these increases would apply.

Staffers came up with their numbers by matching the height and FAR increases in TOD zones to recently approved changes to the Commercial Mixed-Use (CMU) Gateway Zone that increased height and FAR by 36 and 50 percent, respectively.

Developers can only build to the increased height if they provide public benefits in exchange. Staffers acknowledged this density bonus has not been calibrated to market conditions. If the requirements prove too onerous for developers, they are unlikely to build to the maximum allowable height.

Commissioner Awais Azhar explained the rationale for the increasing TOD entitlements at a Planning Commission meeting in September: “TOD, which is supposed to be the highest intensity, would actually be lower in intensity to CMU …. (This zoning change) allows us to fix that issue with TOD so that we’re matching entitlements and doing good planning,” he said.

Adding height and density aligns with the North Burnet Gateway Regulating Plan’s goal of creating a transit-oriented district. The area is well served by transit by Austin standards, with service on the 803 MetroRapid bus and Red Line commuter rail.

Rail service will improve in the area within the next couple of years, with two Red Line stations under construction. McKalla Station, next to Austin FC’s Q2 Stadium, is scheduled for completion in fall 2023, and Broadmoor Station, next to the 66-acre Uptown ATX development, is scheduled for completion in early 2024. Once both stations are finished, the existing Kramer Station will be decommissioned.

Other regulatory changes could be in store in the near future. City staffers are working on a comprehensive update to the North Burnet Gateway Regulating Plan, which should come before City Council early this year.

Photo by Larry D. Moore, CC BY 4.0, via Wikimedia Commons.

The Austin Monitor’s work is made possible by donations from the community. Though our reporting covers donors from time to time, we are careful to keep business and editorial efforts separate while maintaining transparency. A complete list of donors is available here, and our code of ethics is explained here.