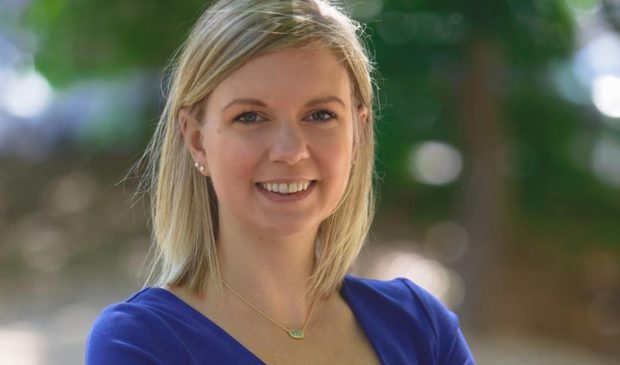 Ellis to push for more progress on housing in 2023

Fresh off the heels of a decisive reelection win, City Council Member Paige Ellis is ready to hit the ground running in 2023 with initiatives related to housing, transportation and workforce retention.

Ellis won reelection with 58 percent of the vote in November, avoiding a runoff. She told the Austin Monitor that the margin of victory didn’t surprise her, even though some regard District 8 as purple (state Rep. Ellen Troxclair, a Republican, represented the district before Ellis).

“Most of that is just because I know we’ve worked so hard over the past four years to really deliver meaningful improvements for the neighborhoods people live in,” Ellis said.

“I also felt that it was very important for me to run on my political values,” she added, noting her vocal support for abortion rights and gun safety measures and opposition to state leaders’ attacks on transgender youth.

Among the year’s policy successes, Ellis highlighted a December resolution to streamline permitting for “missing middle” housing – one step toward making more housing types available as the city faces a housing supply shortage.

The proposal would exempt triplexes and fourplexes from the city’s lengthy, expensive site plan review and create a “site plan lite” for five- to 16-unit projects. Site plan lite would guarantee a review time of no more than 90 days instead of the typical time frame of a year or more.

“Time is money when you’re trying to get housing units open and available,” she said.

While Council has made some changes to housing policy this year, such as relaxing compatibility (a rule limiting building height near single-family homes) and allowing housing in commercial zoning, Ellis isn’t satisfied. “I don’t think we’ve done enough,” she said.

Next year, she hopes Council will discuss further relaxing compatibility, changing minimum lot sizes and tackling permitting headaches. She plans to bring forward two other policies early in the new year, one around integrating land use and transportation planning and the other around balancing environmental regulations and development standards.

She also sponsored a resolution this year that led to increased rebates for e-bike purchases, which she sees as a way for people to exchange car trips for bike trips – a pillar of the city’s climate and mobility goals.

The biggest challenge facing city government, according to Ellis, is providing basic services – a problem that comes down in part to employee retention and recruitment. One solution is better pay: “We’ve got to make sure we’re paying competitively.”

Ellis backed increased salaries for city workers, including a $20/hour minimum wage, as part of this year’s budget process. She said the city also needs to further improve its already robust benefits packages by allowing former employees to return with the same amount of vacation time they had already accrued.

“There’s a lot of good expertise out there, and we’re trying to attract it back to the city,” she said.

Advocating for improving the city’s parks has been a mainstay of Ellis’ time on Council. Asked what elements of Zilker Park’s draft vision plan she supports (the park is in her district), she emphasized better bike routes and bus access and slowing traffic along Barton Springs.

“If that means lowering the speeds, narrowing the lanes, looking at the number of lanes, I think that’s appropriate.”

In other District 8 developments, Ellis wants to help the city partner with Austin Community College to transform the Pinnacle Campus, creating community benefits like affordable housing, parkland, a community center and a Project Connect park-and-ride.

“I think that’s a really amazing opportunity for us to bring in every partner we can and make that campus everything that people want to get out of a public project like that,” she said.